Global Warming Temperatures Over the Next Few Thousand Years?

Global Warming: Recent studies have projected temperature increases of 2.7-3.5C by 2100 associated with the current Intended Nationally Determined Contributions of the parties to the United Nations Framework Convention on Climate Changnaturesnydere. However, the sobering reality is that the inertia of the climate system ensures that temperatures will continue to increase well beyond this in the centuries and millennia to come. 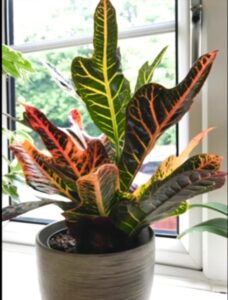 Among the study’s findings

Based on estimated greenhouse gas radiative forcing derived from proxy reconstruction, a doubling of atmospheric carbon dioxide (3 W m-2) would ultimately translate into a 9C increase in temperature (7-13C, 95% interval);

Stabilization of atmospheric concentrations of greenhouse gases at today’s levels may already have committed the globe to 5C (3-7C, 95% credible interval)over the next few thousand years.

The study’s findings could provide good grist for class discussion on several issues, including whether it’s possible to substantially bend the projected temperature curve through more aggressive de-carbonization of the world economy, this generation’s obligations, if any, to generations over the next few thousand years, and the potential role of climate geoengineering, including negative emissions technologies, in potentially reversing the course of temperature projections.

In a new study published in the journal Nature Climate Change, Clark, et al. suggest that our policy orientation in terms of mitigation and adaptation responses to climate change should be expanded to assess the past 20,000 years and the next 10,000 years, well beyond the IPCC’s focus on the 21st and 22nd Century.

The authors contend that this temporal horizon, “on a geological timescale,” provides a more realistic assessment of the ultimate impacts of anthropogenic emissions, as well as the compelling need to substantially accelerate our commitment to reducing emissions.

The study utilized several different scenarios for temperatures and sea-level change over 10,000 years, as well as referencing our best understanding of climate change over the past 20,00 years. The study’s projections are based on a suite of four future emissions scenarios with carbon releases between 1,280 and 5,120 PgC, with current cumulative human carbon emissions already approaching the low-end scenario.

The researchers argue that projections of climatic change over the next 10,000 years are justified by the inertia of the climatic system. As a consequence, “60-70% of the maximum surface temperature anomaly and nearly 100% of the sea-level rise from any given emission scenario remains after 10,000 years, and that the ultimate return to pre-industrial CO2 concentrations will not occur for hundreds of thousands of years.”

Among the conclusions of the study

Projected temperature increases of 2.0-7.5°C over this century will exceed those during even the warmest levels reached in the Holocene, “producing a climate state not previously experienced by human civilizations.” Moreover, temperatures will remain elevated above Holocene levels for more than 10,000 years;

Even the lowest emissions scenario in the study, 1,280 PgC, results in sea level rise associated with the Greenland ice sheet of 4 meters over 10,000 years. Higher scenarios result in an ice-free Greenland over 2500-6000 years, which could result in approximately 7 meters of sea-level rise;

The lowest emissions scenario yields as much as 24 meters of global mean sea-level rise over 10,000 years associated with melting of Antarctic ice sheets;

An equilibrium climate sensitivity of 3.5°C, consistent with IPCC AR5 scenarios, could yield sea level rise of 25-52 meters within the next 10,000 years, reaching 2-4 meters per century, “values that are unprecedented in more than 8,000 years.

The only method to avoid a further commitment to sea-level rise above the current projections of 1.7 meters “is to achieve net-zero emissions;”

The authors draw several policy implications from this long-term assessment of climatic impacts:

On millennial timescales, the use of conventional discounting approaches ensures that “future climate impacts … would be valued at zero, irrespective of the levels of certainty and magnitude.” This poses profound questions in terms of considerations of intergenerational equity and our obligations to future generations;

There is a compelling need for global energy policies that result in net-zero or net-negative carbon dioxide emissions; “a marginal reduction in emissions is insufficient to prevent future damages.” Such technologies would need to be kept in place for tens of thousands of years “without fail.”

It also suggests radical changes in terms of financial incentives, a need to accelerate research and development of technologies to transform energy systems and infrastructure, and a focus on global equity considerations.”

Among the class discussion questions that might be posed are the following:

Is it pertinent for us to consider the potential impacts of climate change on a timescale of 10,000 years? Does it make more sense to formulate policies to protect the current and immediate successor generations?

If, as the article suggests, the current rate of discounting future losses is inappropriate for climatic impacts, what alternative system should we employ?

What are the most viable “negative emissions” technologies that might be available, and are there any risks in their utilization that should be weighed against their benefits of reducing atmospheric concentrations of carbon dioxide?