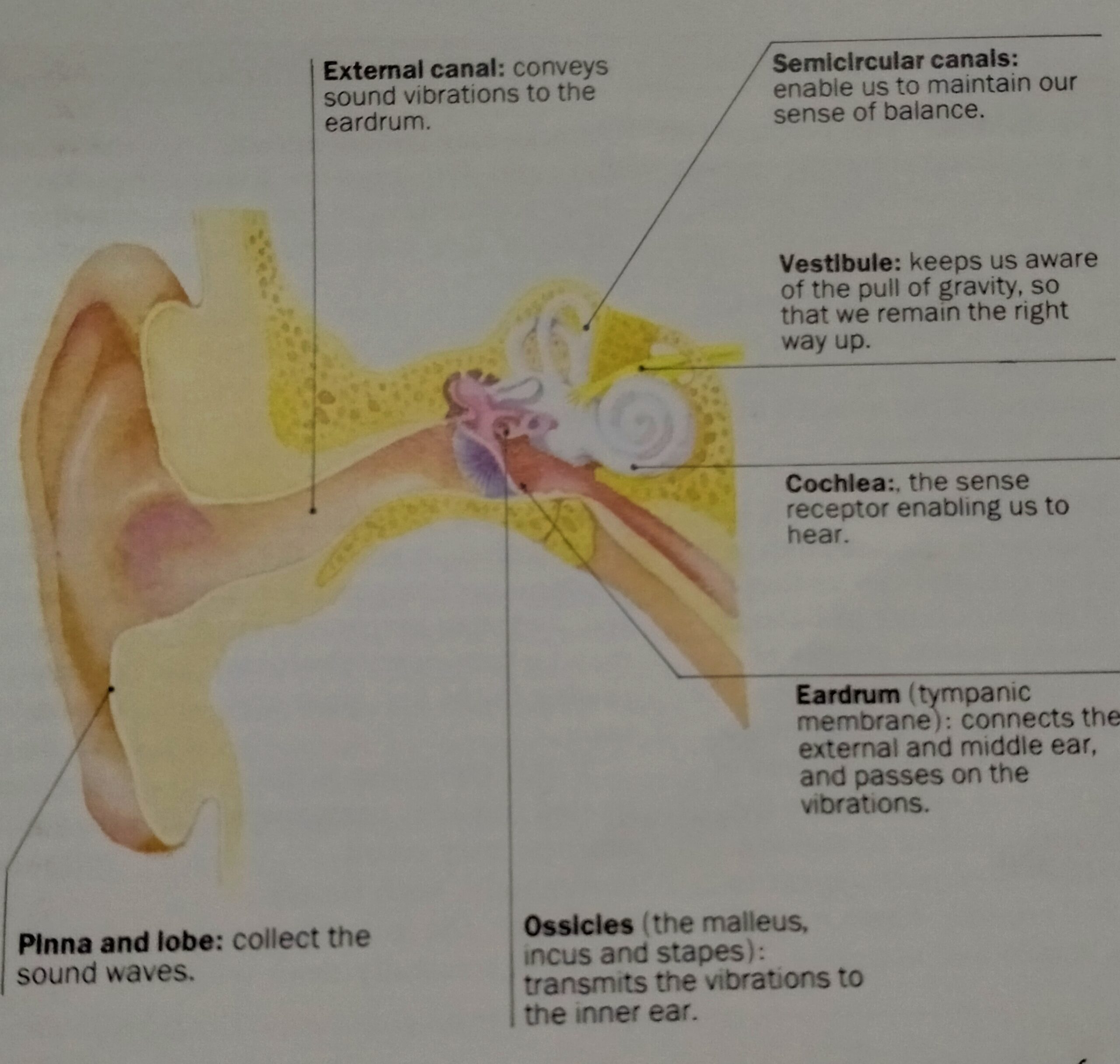 Ear and their care guide

Ear Care: A normal human being starts life with acutely keen hearing – a sensory gift to be treasured because, without it, our technological society would be highly dangerous to live in. We would not hear the warning roar of approaching fast traffic or a cry of ‘lookout’.

If we needed to move quickly to avoid being hit by some falling object. And we would have none of the pleasures of listening to music, or the talk of family, friends, and colleagues. After a time, the lack of such audio experiences might even cause us to speak less intelligibly because we would not be able to hear the sounds we were making.

Children who are born deaf have considerable difficulty in learning to speak, and special tuition is necessary. So, how do we hear, and how can we protect this ability? In this respect, it may be helpful, first, to look at the illustration which shows how the ears are structured and how they function because this is essential to any real understanding of why and how hearing problems can arise.

The process of hearing (Earcare Guide):

Our hearing is so sensitive that we can distinguish about 370 changes in volume level and a staggering 2,000 variations in pitch.

We can also distinguish the direction from which any sound originates:

Structure of the ear and Ear Care:

The external ear consists of the ear flap (pinna), and a curvy, tubular, skin-lined passage (the external canal) that passes on collected sound via the eardrum (tympanic membrane) which vibrates as the sound reaches it.

The middle ear (tympanic cavity) is a small bony cavity containing air and three tiny bones (ossicles) suspended across it which transmit the vibrations picked up from the eardrum to the:

The inner ear is a labyrinth of tubes containing the sense receptors: the cochlea for hearing; the vestibule to keep us the right way up, and the three semi-circular canals that enable us to maintain our balance.

Ear Care Guide: How to Care of The ears:

Keep the outer ear clean, of course, but never try to remove wax with a cotton bud, or prod your ear with any similar object. The eardrum is highly sensitive and you may push hardened wax even further into the ear canal, or do yourself other, permanent damage.

If you have any ear problems, go to see your doctor and get a proper diagnosis. If it is simply accumulated wax, drops can be prescribed to soften the wax and, after the drops have been used for a few days, the ears can be syringed by the doctor or an assistant. If the problem is more serious, treatment can begin without delay.

Advanced Eye Care Guide How to take care of Eyes

What is Aerobic Exercise Easy Guide

There are two main forms of deafness: the first is caused by a physical problem such as inflammation of the eardrum; the second results from damage to the nerves of the ear.

Conductive deafness is when the transmission of sound waves is affected by an abscess or inflammation of the eardrum; by a physical blockage such as can be formed by accumulated wax; or adhesion of the tiny ear bones in the middle ear, or gradual thickening of the oval window leading to the inner ear. In this form of deafness, a hearing aid can be helpful.

Perceptive or nerve deafness is when damage to nerve pathways or sensory cells is the cause of hearing loss. In such cases, a hearing aid is of little use.

To assess which kind of deafness has occurred, a tuning fork is used. If the vibrating fork is held just a short distance from the ear, the sound waves emitted will have to be transmitted through the middle ear to be heard. If, however, the middle ear is blocked or diseased, the sound will be heard indistinctly, if at all.

The vibrating fork will be held to the skull if the cochlea is healthy. It can pick up the sound waves emitted at that point without them first having to pass through the middle ear. If, however, the cochlea or auditory nerve is diseased, the conduction of sound will be lessened or non-existent. This is perceptive hearing loss.

Common Ear Problems and Their Treatment:

Mastoiditis: This occurs when a middle-ear infection spreads to the mastoid bone, behind the ear. The bone swells, causing pain and fever.

If the condition is not too serious, it may respond to antibiotics. Otherwise, surgical removal of the infected bone may be necessary.

Meniere’s Disease: This is a disorder of the labyrinth in the inner ear, and can seriously affect one’s sense of balance, causing sudden attacks of vertigo. These attacks may be accompanied by tinnitus and rapid, uneven movements of the eyeball, which have the disturbing effect of making stationary objects appear to whirl around. There may also be nausea and vomiting.

Attacks may last for several days and, like migraines, may recur within days or weeks; similarly, they may not recur for months. Recovery is often spontaneous, but if the attack causes severe discomfort, antinausea drugs, sedatives, or diuretics may be prescribed.

Otitis media: This is a middle-ear infection in which the eardrum becomes swollen and red, and may perforate. There may be temporary deafness, ringing in the ear, pain, and fever.

If this condition is not treated quickly, permanent deafness may result. Fortunately, with timely treatment, the inflammation can be successfully dealt with and hearing restored. So, if you have the symptoms described, do see your doctor without delay.

Tinnitus (ringing in the ears): This is often accompanied by dizzy spells or loss of balance. Tinnitus can be caused by high blood pressure, particularly if you are taking certain antibiotics or aspirin; but do not stop taking them.

Instead, go to see your doctor so that a preliminary investigation can be made and, if necessary, you can be referred for specialist treatment. These symptoms may also be experienced with certain ear diseases.