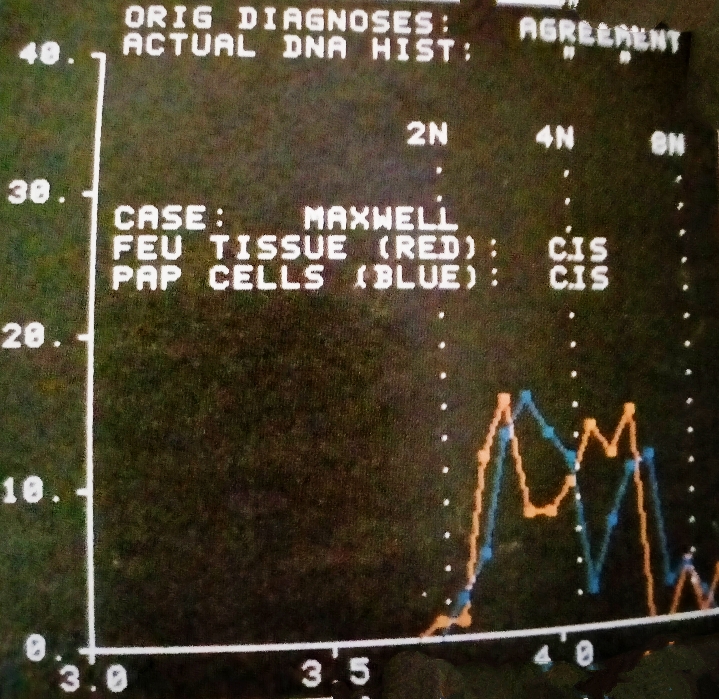 In its earliest stage, cervical cancer grows but does not spread widely. If it can be caught and treated at this stage it can be completely cured. If, however, it progresses further, radical surgery and radiotherapy may be required, and survival is in question.

Fortunately, deaths from cervical cancer are decreasing – figures for the United Kingdom in 1983 record 1,959 deaths as against 2,600 for 1981. In younger women, though, the number of new cases appears to be on the increase. For this reason, regular cervical smears (pap smears) are vital.

Every woman over the age of 30 should protect herself by having a cervical smear test at least every two years. The whole procedure takes a matter of minutes and is painless.

The results will be notified to your doctor within four to seven weeks (much earlier if they are positive, in which case you will be one of the lucky ones who receive treatment in good time).

Sometimes a woman is called back for a second test. If this happens to you, don’t panic. It may simply be that the first smears left an element of doubt because they were, for instance, taken too close to your period – either just before, or just after when some slight bleeding may still be in evidence.

If the tests are positive, a colposcopy is likely to be performed. This is a simple procedure whereby the cervix is examined with the aid of a low-power microscope, enabling a skilled doctor to recognize any abnormality and to take small specimens from suspect areas for further examination. It is completely painless and can be done without the need for an anesthetic.

Once the results of this examination are known, it may be necessary for a cone biopsy (a means of obtaining an actual piece of tissue from the suspect area) to be made to establish the full extent of cancer invasion. A cone biopsy is the only way to establish the extent of spread to the internal opening of the cervix.

However, you should be aware that the resulting scarring of the cervix may cause problems during delivery in future pregnancies, and that a biopsy in itself can cause pain and bleeding. In larger cities, the use of a laser (available in some hospitals) has proved to be even more effective as a preventative treatment in recent years.

Cervical cancer has few symptoms and very often they do not appear; this makes the regular smear test even more vital. The most commons symptoms/signs of this particular cancer are:

These are two possible Cervical cancer treatments: either surgery or radiotherapy or a combination of both may be used – depending on the hospital giving the treatment and the clinical stage of cancer.

If a cone biopsy entirely removes cancer it may be decided to defer further treatment and to carry out regular smear tests to monitor the situation. Much depends on the attitude of the hospital at which you are treated.

However low you may be feeling, try to discuss the matter with your surgeon, and if there are any options, make sure that you know what they are.

The early stages of ovarian cancer could be mistaken for early pregnancy as the disease has a similar effect on the gut as the pregnancy hormones.

If upon examination, your doctor feels a lump in your abdomen or pelvis he or she will refer you for diagnostic ultrasound tests. Laparoscopy and possibly, surgery.

Many surgeons favor complete removal of the tumor straight away so, before you undergo any surgical investigation, discuss the options with the surgeon.

Any ovarian cancer means that you will have to have both ovaries removed, no matter what age you are; no doctor can take the risk of leaving ovarian tissue in your body. Differing hospital departments do have varying protocols for treating this disease.

Any woman reporting these symptoms should be given a D&C and if there are cancerous cells, they will be discovered when the scrapings are examined.

As with breast cancer and cervical cancer, the chances of recovery depend on the stage and extent of the disease. So, if any of the symptoms described above occur, go to see your doctor without delay.